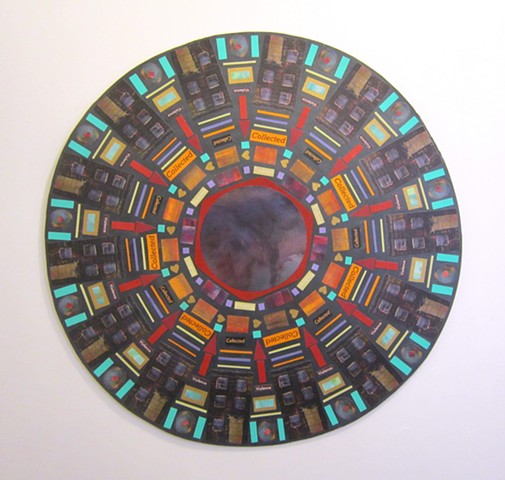 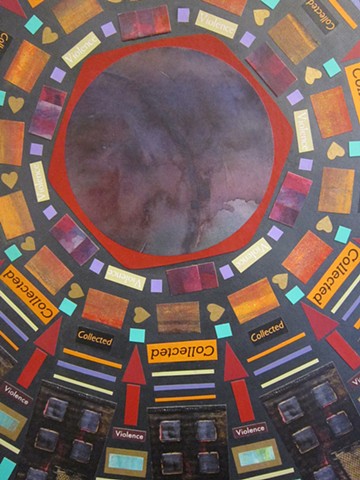 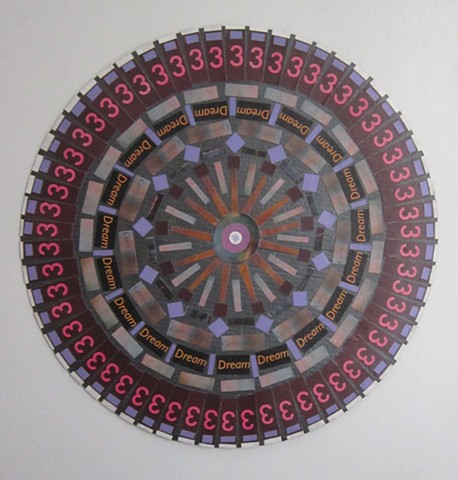 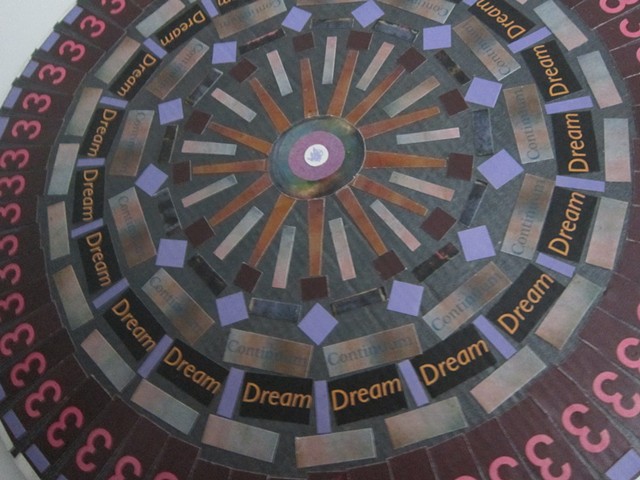 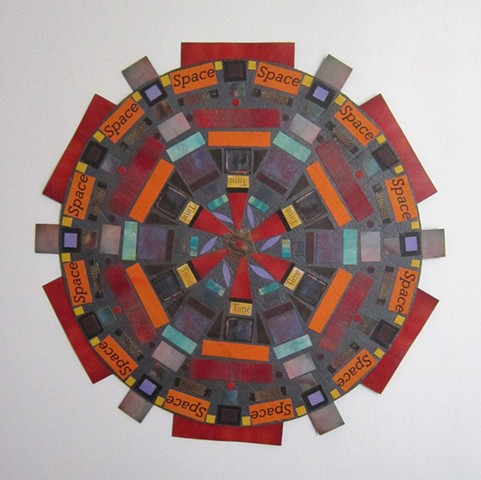 Memory, and the Complications of Space/Time
collage: paints, papers on cardboard
14" diameter 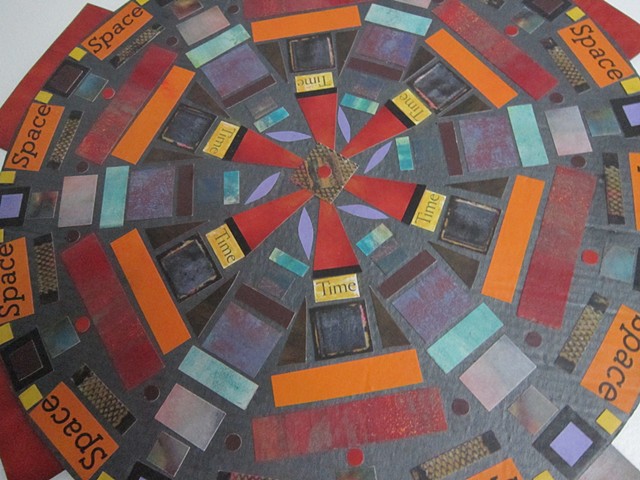 (detail) Memory, and the Complications of Space/Time 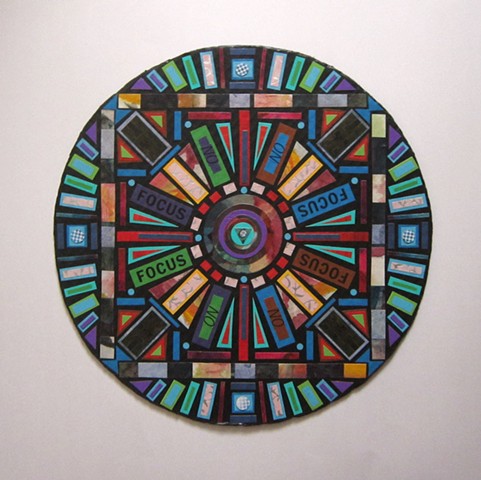 No Focus On
collage: paints, papers on cardboard
14" diameter 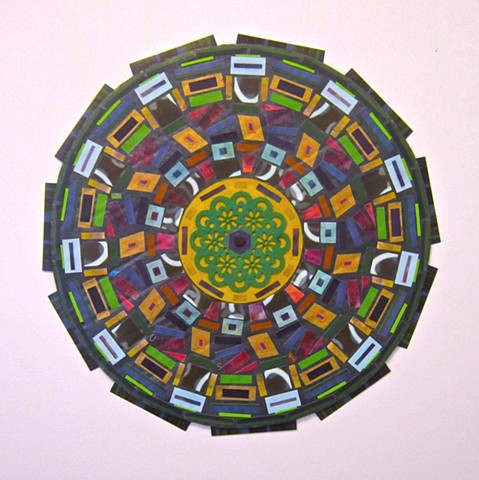 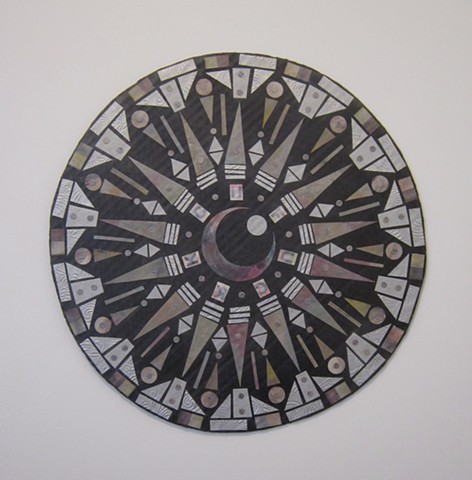 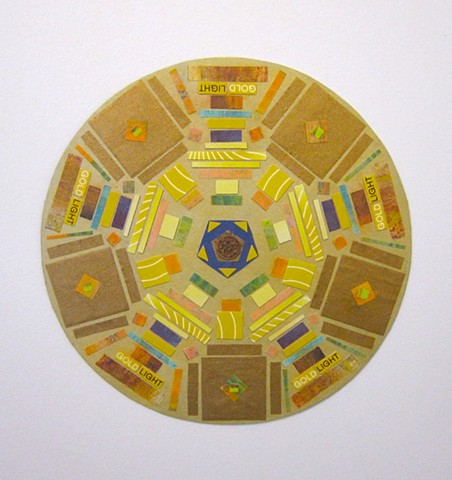 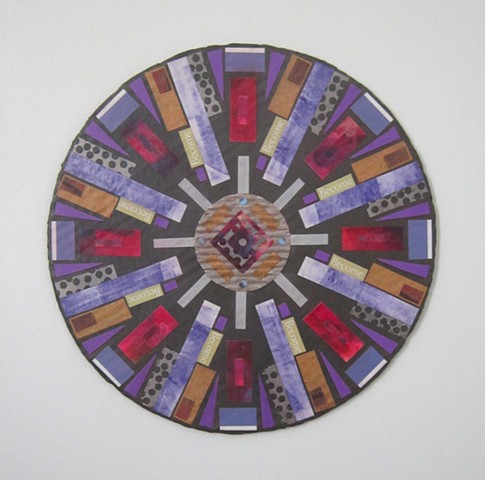 What We Become
collage: paints, papers on cardboard
12" diameter 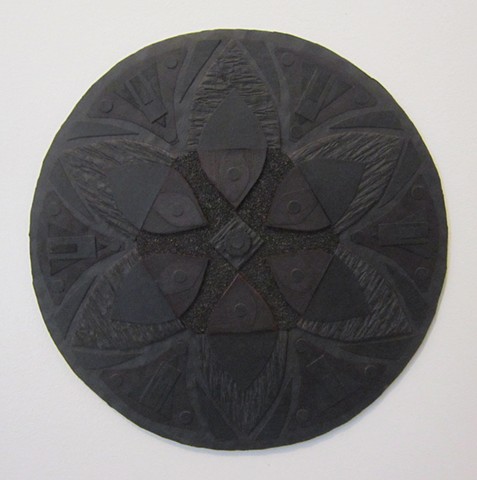 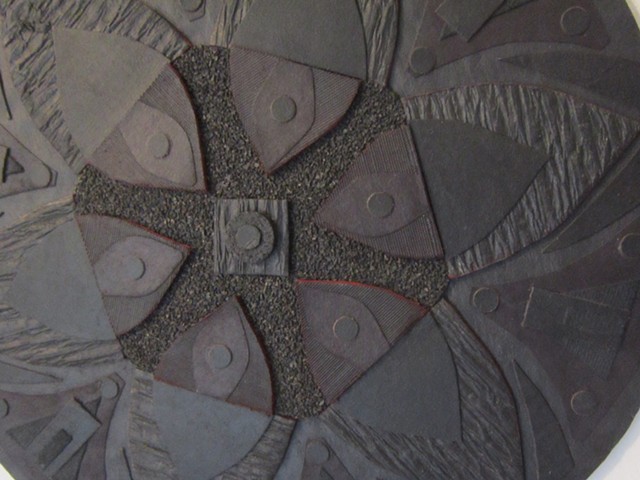 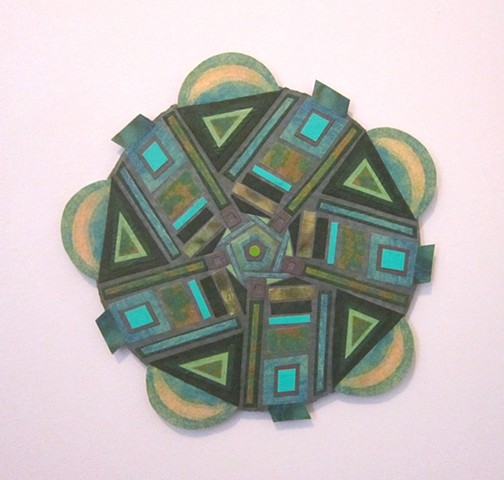 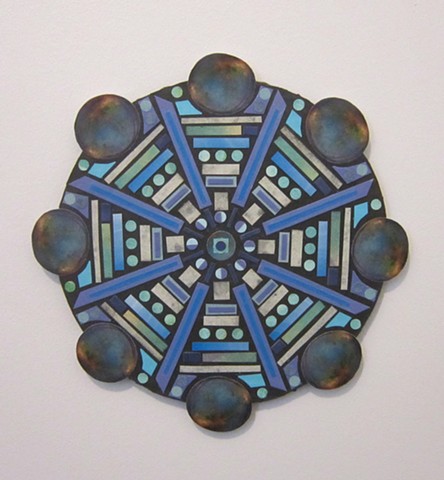 Music in the Spacing of the Stars (SOLD)
collage: paints, papers on cardboard
9" diameter 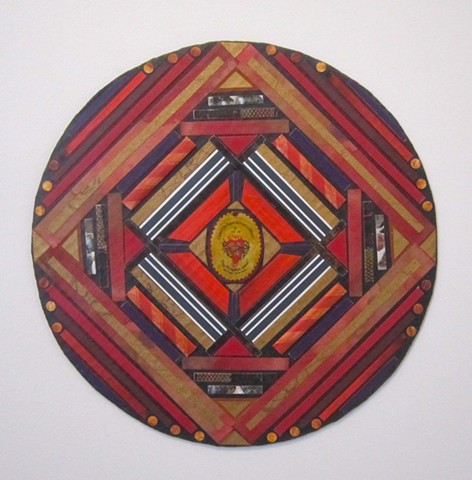 The series mines what is not working, what has not been used, things that are seemingly “useless”, yet have been saved for years. The work emulates a machine, underscoring the very human ability to put things back together in terms of a life, in terms of a workable fix, in terms of healing. The pieces are becoming cogs; useful, engaging parts of the whole. Created as a centering mechanism, the mandalas became something of a conceptual response to machinism. These particular mandalas were started during the Baltimore Uprising in 2015. I live not too far from the intersection of Pennsylvania Avenue and North Avenue where much of the action was occurring. The near constant, multi-day din of multiple helicopters overhead was the main impetus for this body of work. “Vimana”, from the Sanskrit, refers to ancient mythological flying machines; I likened them to the present day helicopter rotors/blades.

The issue (among others) was that I could not hear myself think, so this was a creative means of centering myself from the anxiety — of the pervasive noise pollution from the machines overhead, and of the violent machinations of society. While I am very used to hearing and seeing helicopters on the weekend nights, the events of 2015 brought a better understanding to me that it’s every day for some neighborhoods in the city. The perspective I had was ultimately about the effects of violence, and the tools I had as a person/artist to relieve these anxieties, to be able to reach for a sense of peace and wholeness where there was none. I recognized that many do not have the privilege of these same tools, or seemingly, the right to either “peace” or “quiet”.